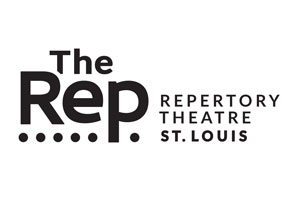 What makes a regional theater thrive? Support from the community and benefactors like Cathy and Jim Berges, who have supported The Rep Theatre St. Louis for years, breathing new life into every aspect of the theatre. Their support has made growth, attendance, and national recognition possible.

For the 50th Anniversary Gala, which featured Bernadette Peters, Cathy and Jim served as co-chairs with three other couples and helped raise more than $200,000. They were instrumental in helping secure sponsorships and patrons and sell tables, and continue to contribute their time, talents, and influence, encouraging others and changing lives.

Read more to learn how the Berges Family Foundation is challenging the community for the 2018-2019 season and all the notable successes The Rep has had in the last few years.

“The Berges Family Foundation’s support has reshaped the face of St. Louis regional theatre and put The Rep on the national map.”

The Berges family became the first-ever Mainstage Season sponsor during our 2016-2017, 50th Anniversary Season.  Their depth of support helped to make the following possible:

“I saw this show today with my school. It was so good. I was never bored, I cried a lot because of how real it was and I just love it!!! Tell Tom I said he did great – he is my favorite character. I nearly cried when I saw him behind bars.”   Audrey D. on our Instagram page (To Kill a Mockingbird, 2016-2017)

“My son’s class, from Trinity Lutheran-Edwardsville, attended yesterday. I was lucky enough to accompany him. What a phenomenal production! Had me on a roller coaster of emotions. Blown away by the acting (and singing)! Thanks for making this available to our students.” Leslie Coyne Neath (To Kill a Mockingbird, 2016-2017)

“We never had an opportunity where it was accepted,” a grateful mother who was able to take her child to the theatre for the first time.

Each season, Cathy and Jim secure a group of eight donors to sponsor a mainstage production. In 2018, the group is sponsoring The Rep’s opening production, Evita.  Since 2012, these donors have contributed more than $250,000.

Emerson Electric has remained one of the largest and most generous corporate partners. Each year Cathy arranges a meeting with the Emerson representative to discuss the upcoming season and secures their company’s support for a mainstage production.

Current Artistic Director, Steve Woolf, will be retiring at the end of the 2018 season after 32 years. As a tribute to his outstanding leadership, a $1million endowment campaign has been launched to underwrite the Studio Theatre Season, naming it the Steve Woolf Studio Series in perpetuity.

The Berges Family Foundation has put forth a $350,000 challenge grant to help assure success with the campaign. This support was a catalyst to make the first-ever fundraising “pitch” from the stage to launch the campaign, which will take place during all performances of our first production, Evita (September 5-30). To date, The Rep has raised nearly $500,000, including the Berges Family Foundation’s commitment.

In addition to the challenge grant, the Foundation is underwriting the final production of the 2018-2019 Season – The Play That Goes Wrong. This is one of the funniest, best-received plays on Broadway and in London. We are proud to be producing the first regional production, thanks to The Berges Family Foundation’s support.

The Rep Theatre St. Louis is one continuing success story. The Berges’s efforts combined with corporate, community, and individual sponsorships, volunteerism, and outreach have created a venue that’s opened the positive influence of regional theatre to all ages and demographics. The Rep strives to continue to create productions that inspire discussion while encouraging a love for theatre. Please reach out to The Rep if you would like to be involved financially or as a volunteer.